This post was originally written in 2008.  Goodness, things have changed in 2020, with COVID and everything else.

Let’s see where we are now with attorney salaries and, specifically, first-year starting salaries for new lawyers in the Baltimore area. Keep in mind so much of this is based on conjecture and rumor, so you have to take it all with a few ounces of salt. 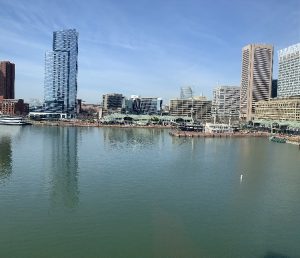 Apparently, the reports of the demise of opportunity for upper-crust law students looking to practice law in Baltimore were greatly exaggerated. The Maryland Daily Record reports that first-year lawyers starting at Venable this fall will make a whopping $165,000, more than every judge in Maryland other than Maryland Court of Appeals Chief Judge Robert M. Bell. Two other law firms with offices in Baltimore, DLA Piper, and Hogan & Hartson will pay first-year associates $160,000. (Personal note: I got a second interview at Hogan & Hartson in my second year of law school. A fellow named John Roberts interviewed me. I think my rejection letter arrived before I got back to my house.)

Things are also going swimmingly at Whiteford, Taylor & Preston, a mid-sized Baltimore based law firm that many believed would not thrive in the new world of mega law firms. This year, Whiteford will pay first-year lawyers $120,000, a 26% increase from last year’s $95,000.

In other Baltimore salary news, Gordon, Feinblatt, Rothman, Hoffberger & Hollander is holding first-year associate salaries $100,000 as it has for the last two years.

I wrote recently that I thought it was silly to think that the Baltimore legal market would be immunized from the downturn in business activity in the economy. But there may be some level of truth to it.